Our websites use various cookies with different functions. These, on the one hand, serve solely technical functions and, on the other hand, also the optimisation of the websites, interaction with social media as well as user related advertising on our pages and those of our partners. You can object to the use of cookies for advertising and analysis purposes in various stages. Click on “Understood and continue” to accept the cookies or click on “Settings” to choose your personal cookie settings.
Further information

Cookies measure user access of our website and realise functions for social media and marketing. We also forward information to our partners for analyses, marketing and social media. Our partners may also amalgamate this information with further data which you have provided or other data which they have collected through the use of their services. You can object to this use in various levels. Please choose your personal preference to do so. Further information available here.

Professor of International and Development Finance 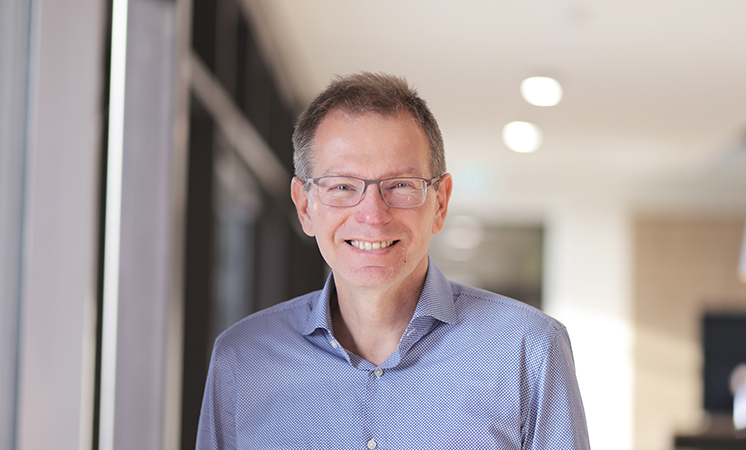 Before joining Frankfurt School of Finance & Management, Adalbert has been pursuing a career in development finance and central banking. From 1994 to 2001, he headed the Economics Department at Internationale Projekt Consult (IPC GmbH), Frankfurt, a leading consulting company in development finance. On behalf of bilateral and international financial institutions, like the European Bank for Reconstruction and Development, the Inter­national Finance Corporation and Kreditanstalt für Wiederaufbau he prepared financial sector studies on various transition countries in central, eastern and south-eastern Europe and provided recommendations on options for the promotion of micro and small enterprises through financial sector development measures. These recommendations led, for example, to the establishment of various microfinance banks in the region.

In 2001 Adalbert joined the European Central Bank (ECB). At the ECB’s Directorate General International and European Relations, from 2004 to 2007 as Deputy Head of Division, he was in charge of monitoring and analysing economic developments in the countries neighbouring the EU, the ECB’s relations to the central banks of the region as well as the annual review on the international role of the euro. In the first half of 2008 he served as an advisor on issues related to developments in the global monetary system and financial globalization at the International Department of Deutsche Bundesbank.
Reflecting his professional career, Adalbert’s research interests and publications have been focusing on financial development and growth, development and microfinance as well as monetary policy and financial stability challenges in emerging markets, the international role of currencies and developments in the global monetary system.

Wednesday 1:30pm until 3:00pm on appointment